Warning: "continue" targeting switch is equivalent to "break". Did you mean to use "continue 2"? in /homepages/29/d193177972/htdocs/clickandbuilds/DVDCabinet/wp-content/plugins/wpmovielibrary/includes/framework/redux/ReduxCore/extensions/customizer/extension_customizer.php on line 442
 Western – DVD Cabinet
Skip to content 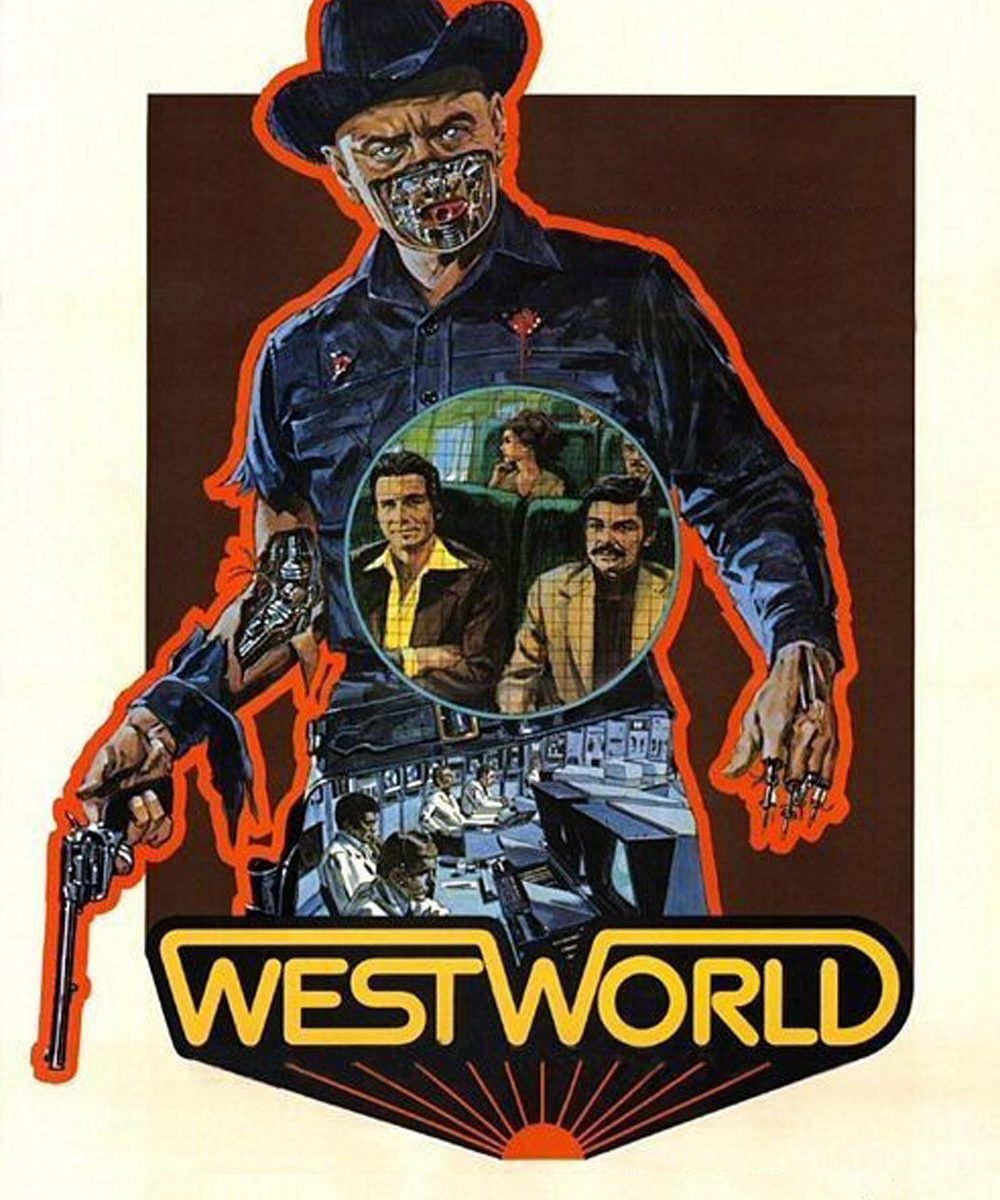 Westworld ...where robot men and women are programmed to serve you for ...Romance ...Violence ...Anything

In a futuristic resort, wealthy patrons can visit recreations of different time periods and experience their wildest fantasies with life-like robots. But when Richard Benjamin opts for the wild west, he gets more than he bargained for when a gunslinger robot goes berserk. 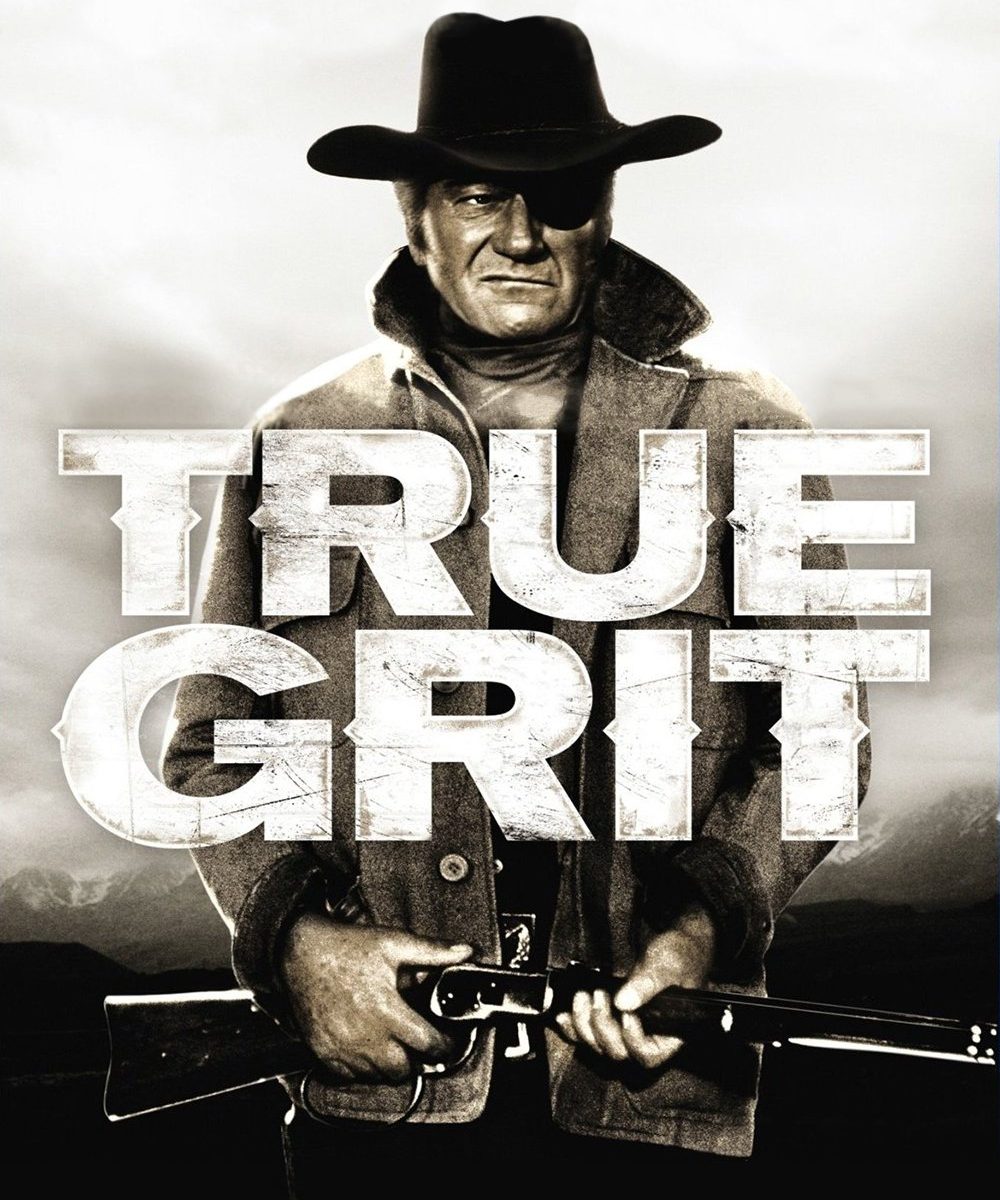 The strangest trio ever to track a killer

The murder of her father sends a teenage tomboy, Mattie Ross (Kim Darby), on a mission of "justice", which involves avenging her father's death. She recruits a tough old marshal, "Rooster" Cogburn (John Wayne), because he has "grit", and a reputation of getting the job done. The two are joined by a Texas Ranger, La Boeuf (Glen Campbell), who is looking for the same man (Jeff Corey) for a separate murder in Texas. Their odyssey takes them from Fort Smith, Arkansas, deep into the Indian Territory (present day Oklahoma) to find their man. 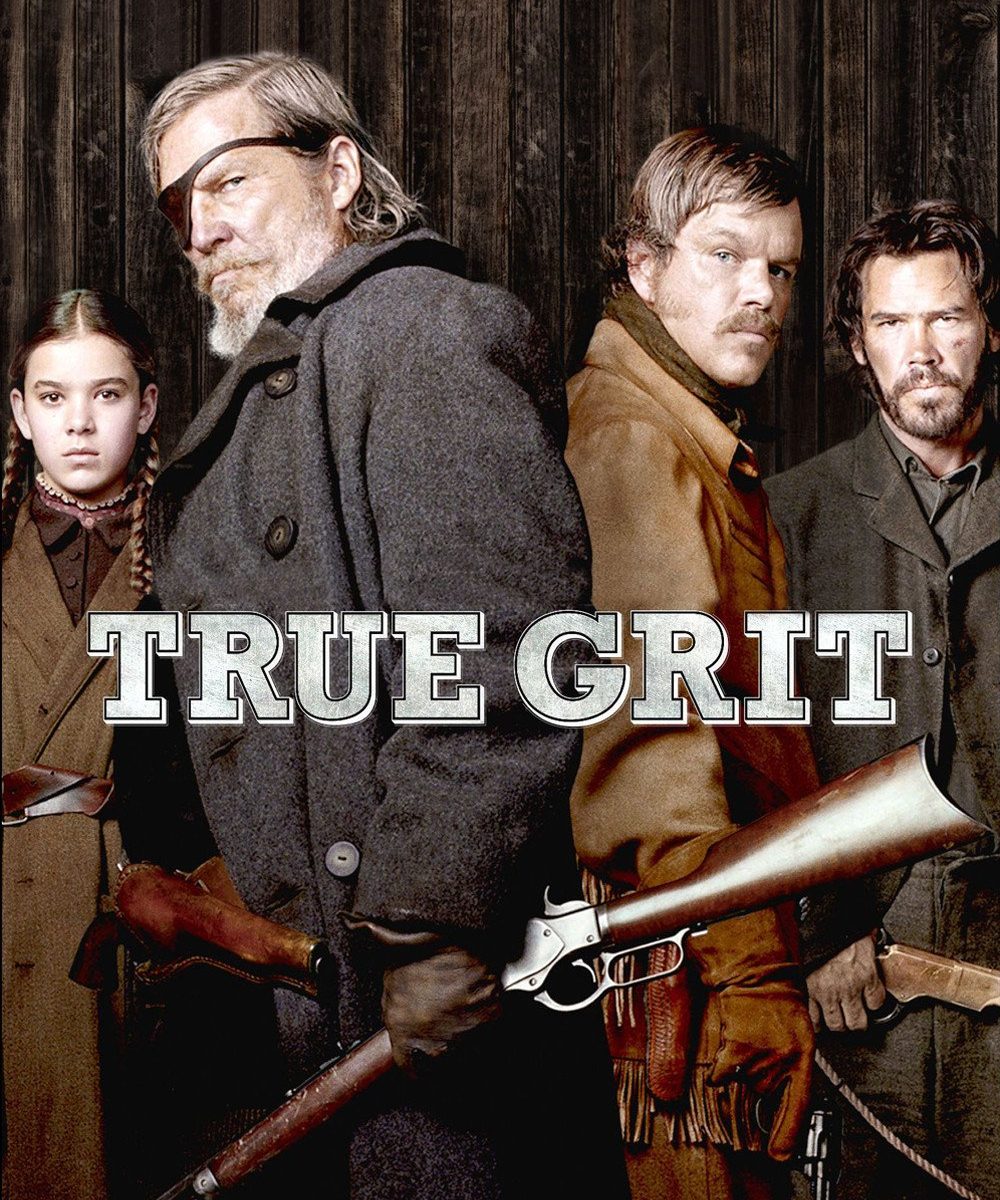 Punishment Comes One Way or Another.

Following the murder of her father by hired hand Tom Chaney, 14-year-old farm girl Mattie Ross sets out to capture the killer. To aid her, she hires the toughest U.S. Marshal she can find, a man with "true grit," Reuben J. "Rooster" Cogburn. Mattie insists on accompanying Cogburn, whose drinking, sloth, and generally reprobate character do not augment her faith in him. Against his wishes, she joins him in his trek into the Indian Nations in search of Chaney. They are joined by Texas Ranger LaBoeuf, who wants Chaney for his own purposes. The unlikely trio find danger and adventure on the journey, and each has his or her "grit" tested. 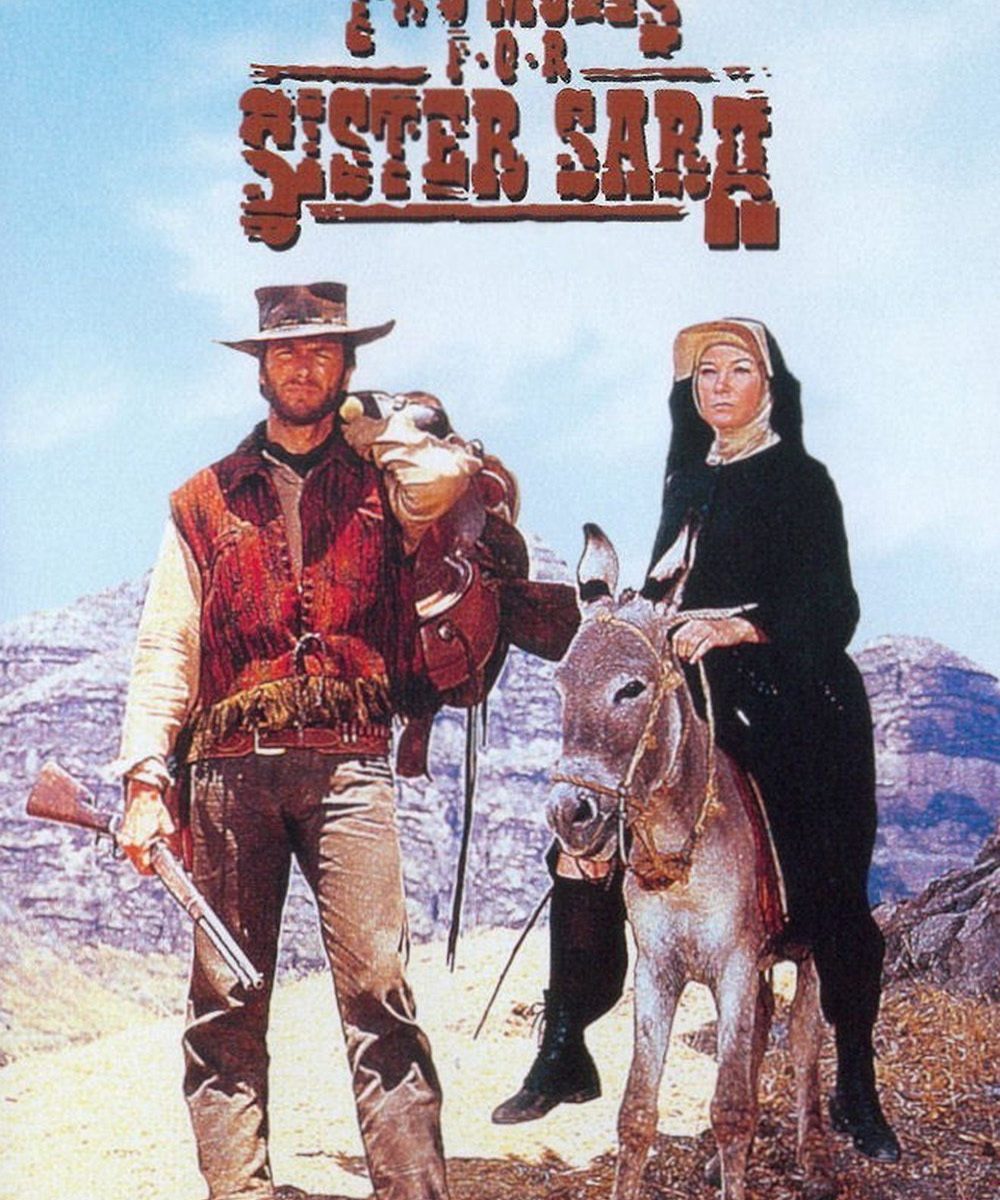 CLINT EASTWOOD...the deadliest man alive...takes on a whole army with two guns and a fistful of dynamite!

Hogan, on his way to do some reconnaissance for a future mission to capture a French fort, encounters Sister Sara, a nun in trouble. Before he knows it, Hogan is accompanying Sister Sara in the dangerous frontier while she seeks to achieve a hidden goal. 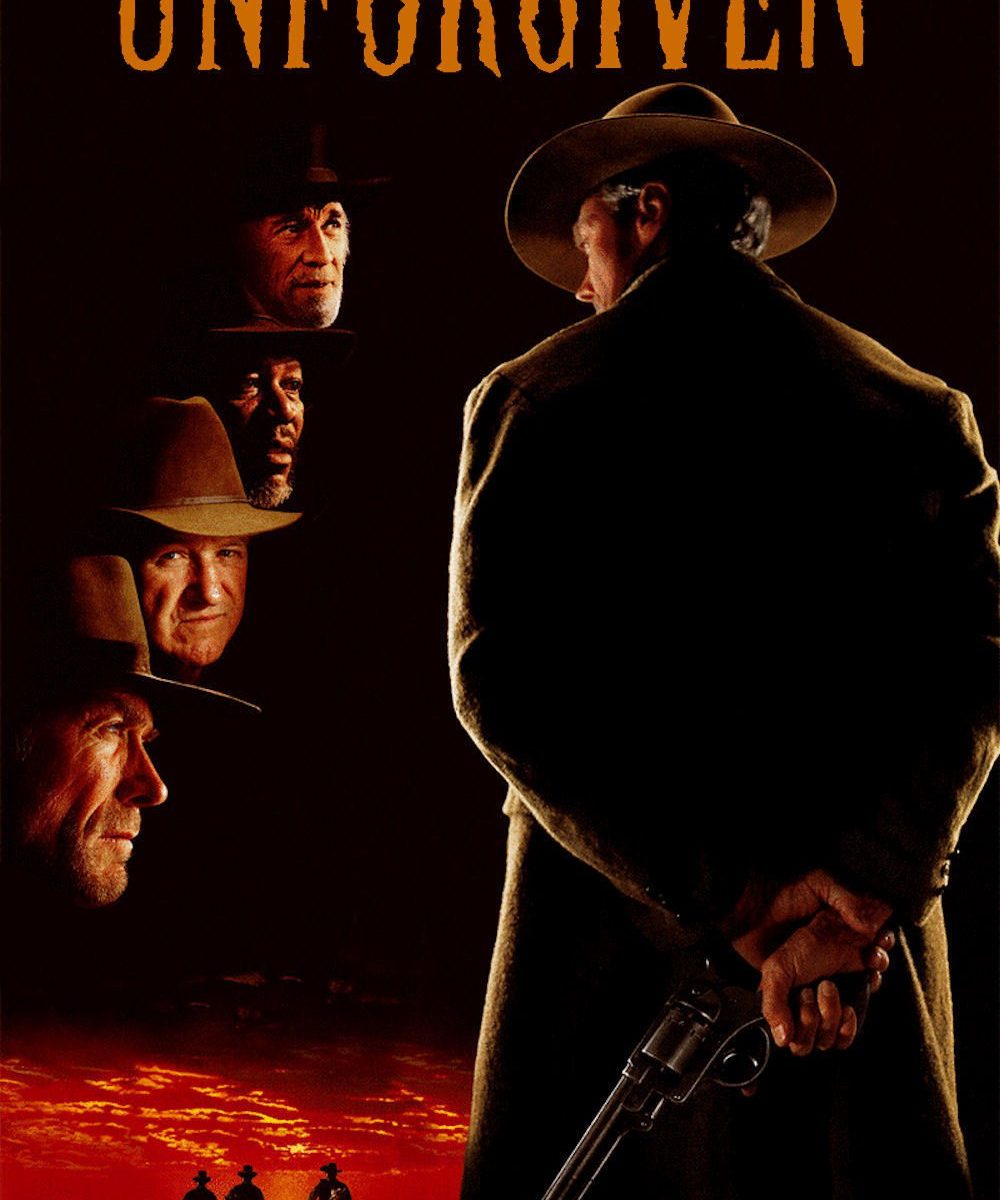 William Munny is a retired, once-ruthless killer turned gentle widower and hog farmer. To help support his two motherless children, he accepts one last bounty-hunter mission to find the men who brutalized a prostitute. Joined by his former partner and a cocky greenhorn, he takes on a corrupt sheriff. 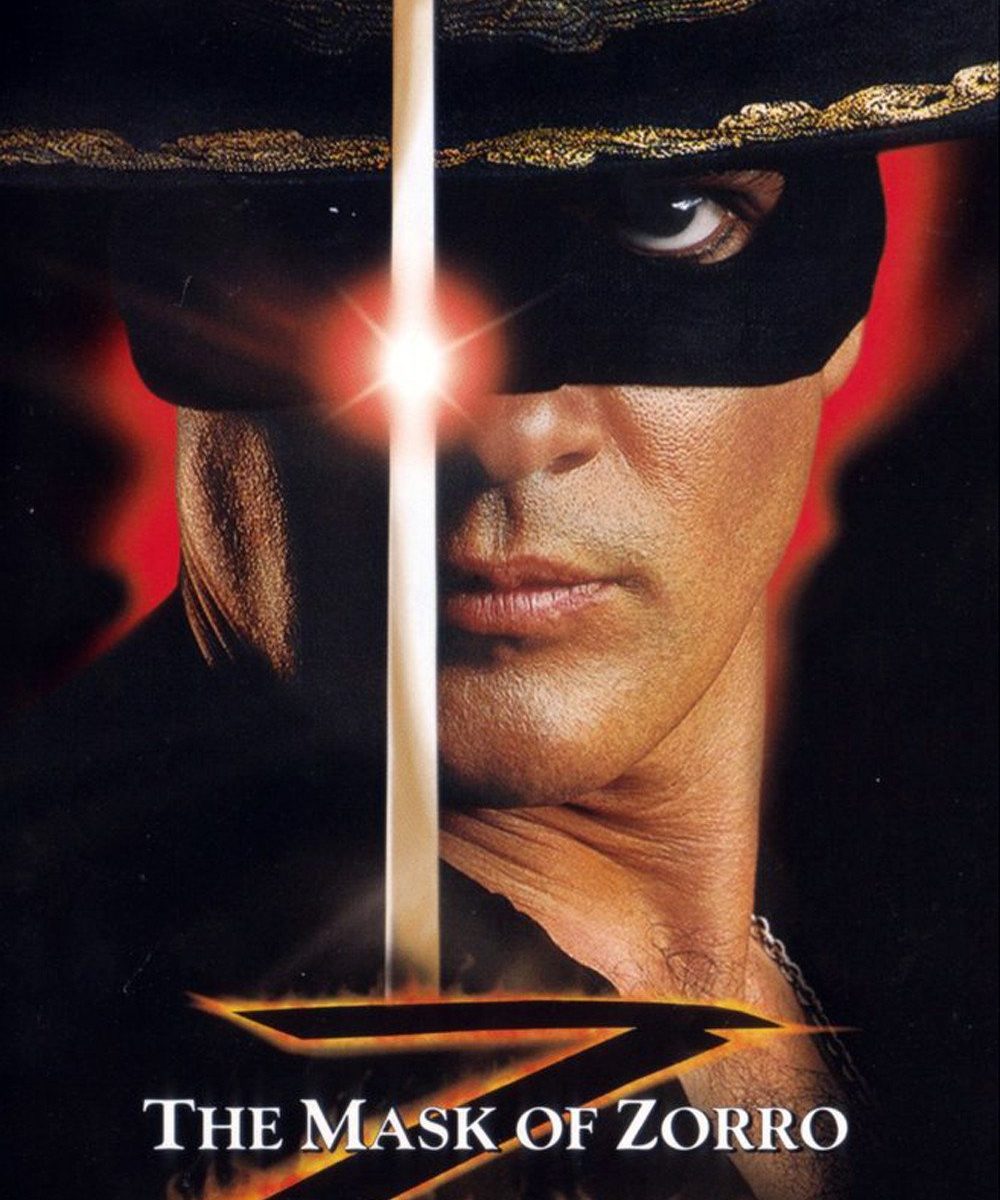 No one has seen his face... but everyone ... knows this mark.

It has been twenty years since Don Diego de la Vega fought Spanish oppression in Alta California as the legendary romantic hero, Zorro. Having escaped from prison he transforms troubled bandit Alejandro into his successor, in order to foil the plans of the tyrannical Don Rafael Montero who robbed him of his freedom, his wife and his precious daughter. 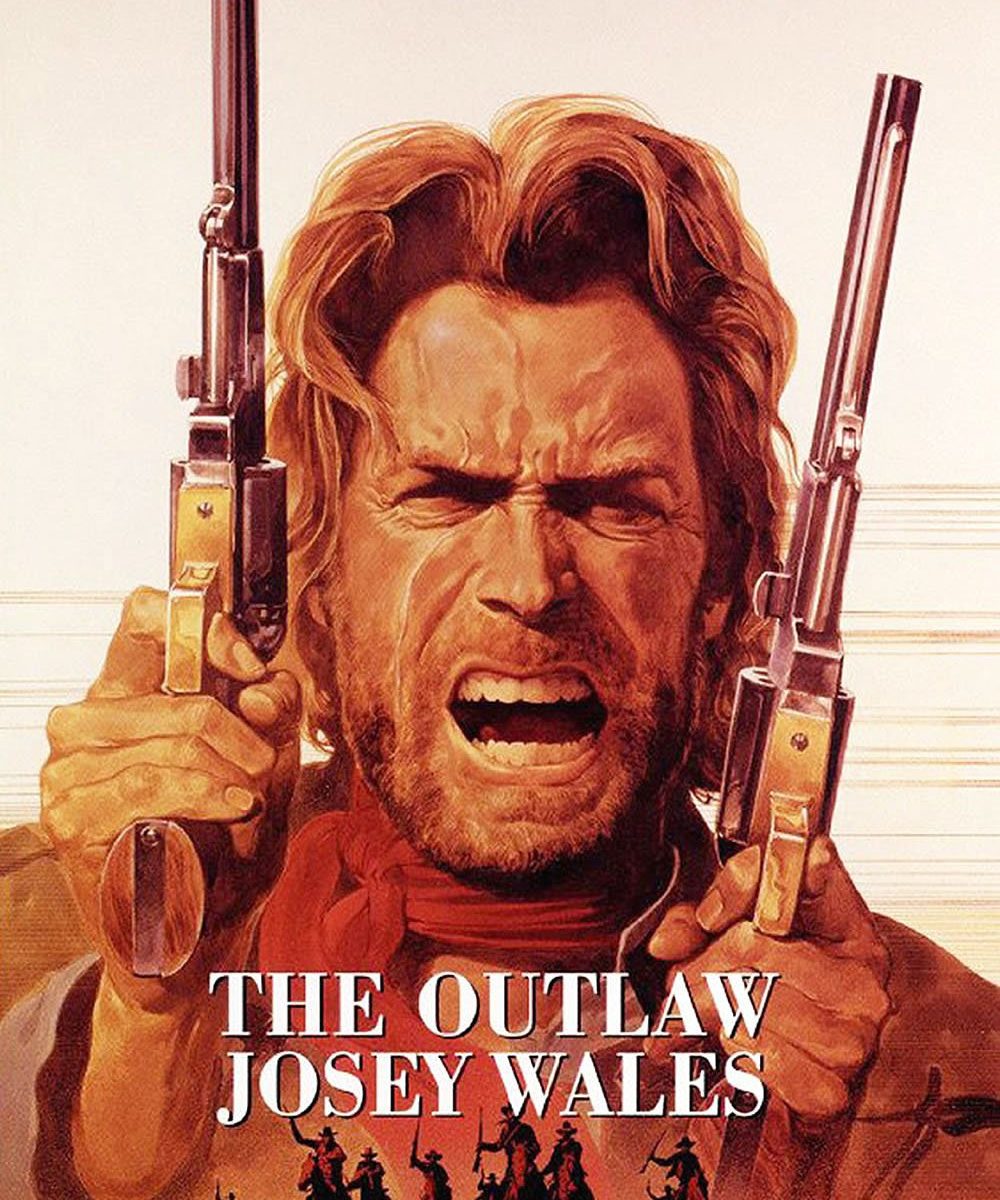 After avenging his family's brutal murder, Wales is pursued by a pack of soldiers. He prefers to travel alone, but ragtag outcasts are drawn to him - and Wales can't bring himself to leave them unprotected. 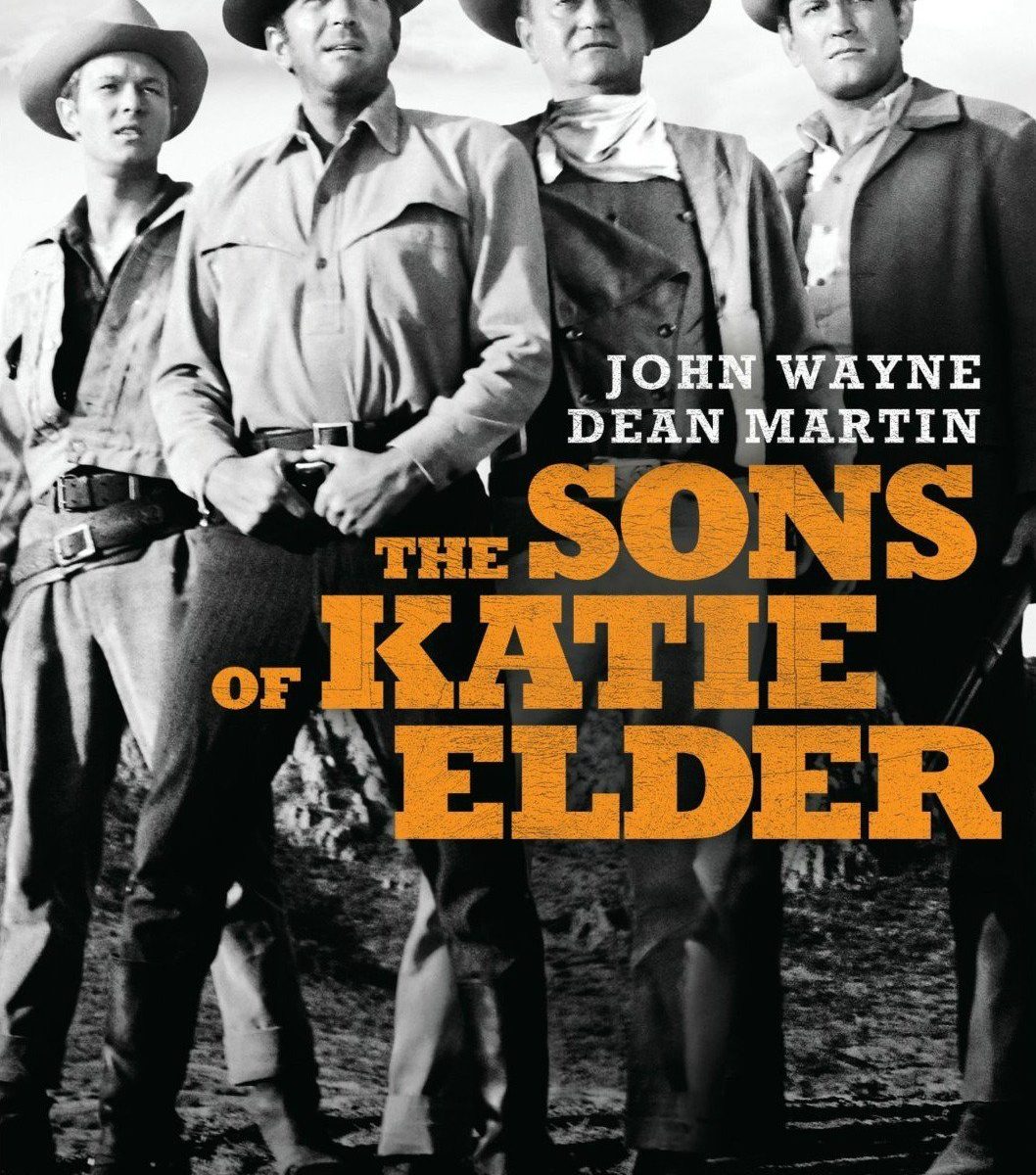 From the four winds they came, the four brothers, their eyes smoking and their fingers itching...

The Elder boys return to Clearwater, Texas for their Mother's funeral. John the eldest is a well known gunfighter and trouble follows him wherever he goes. The boys try to get back their ranch from the towns gunsmith who won it from their father in a card game with which he was shortly murdered there after but not before getting through the troubles that come with the Elders name 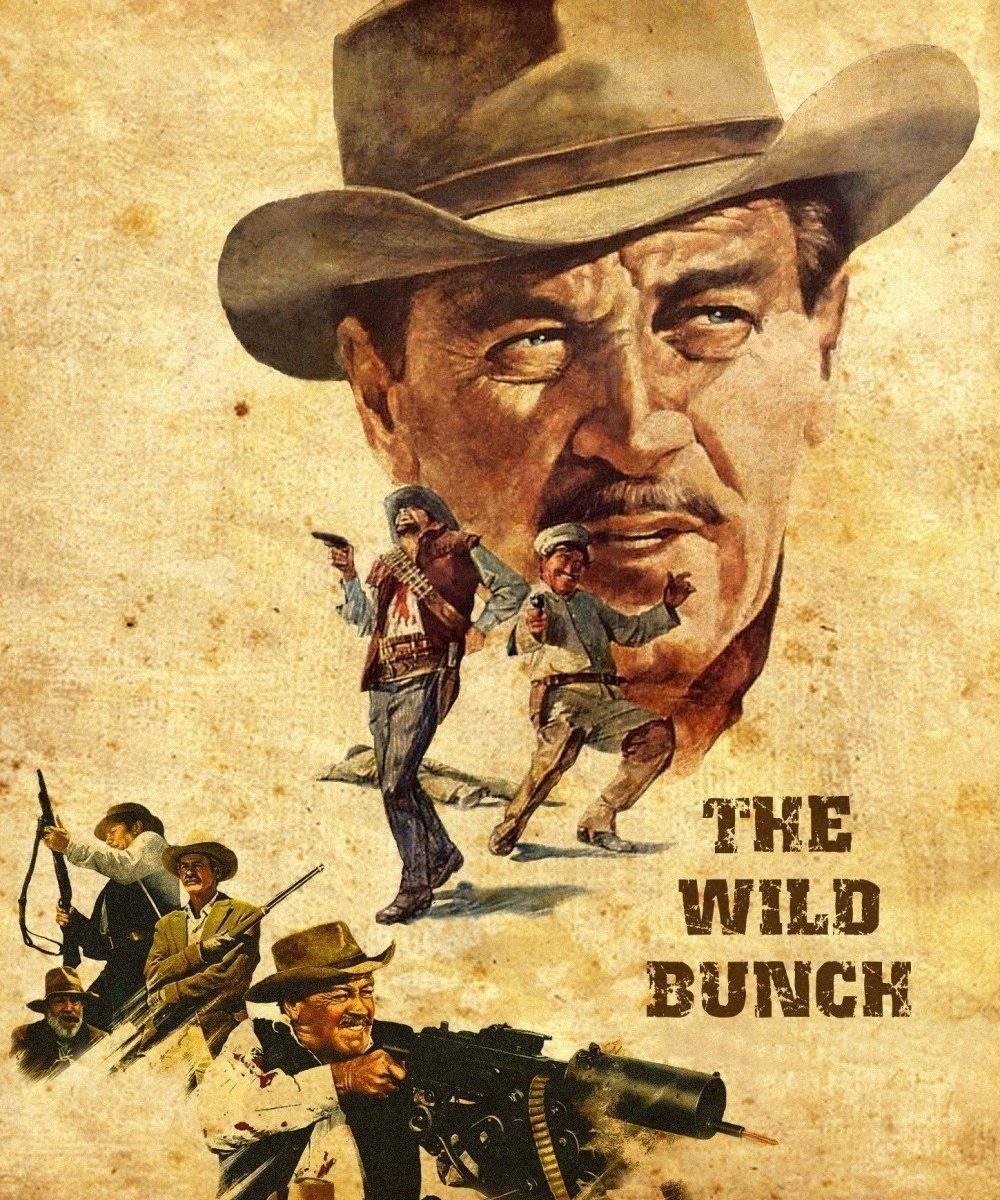 If you only want to spend two hours in a movie theatre and go home and forget it, stay away from THE WILD BUNCH. 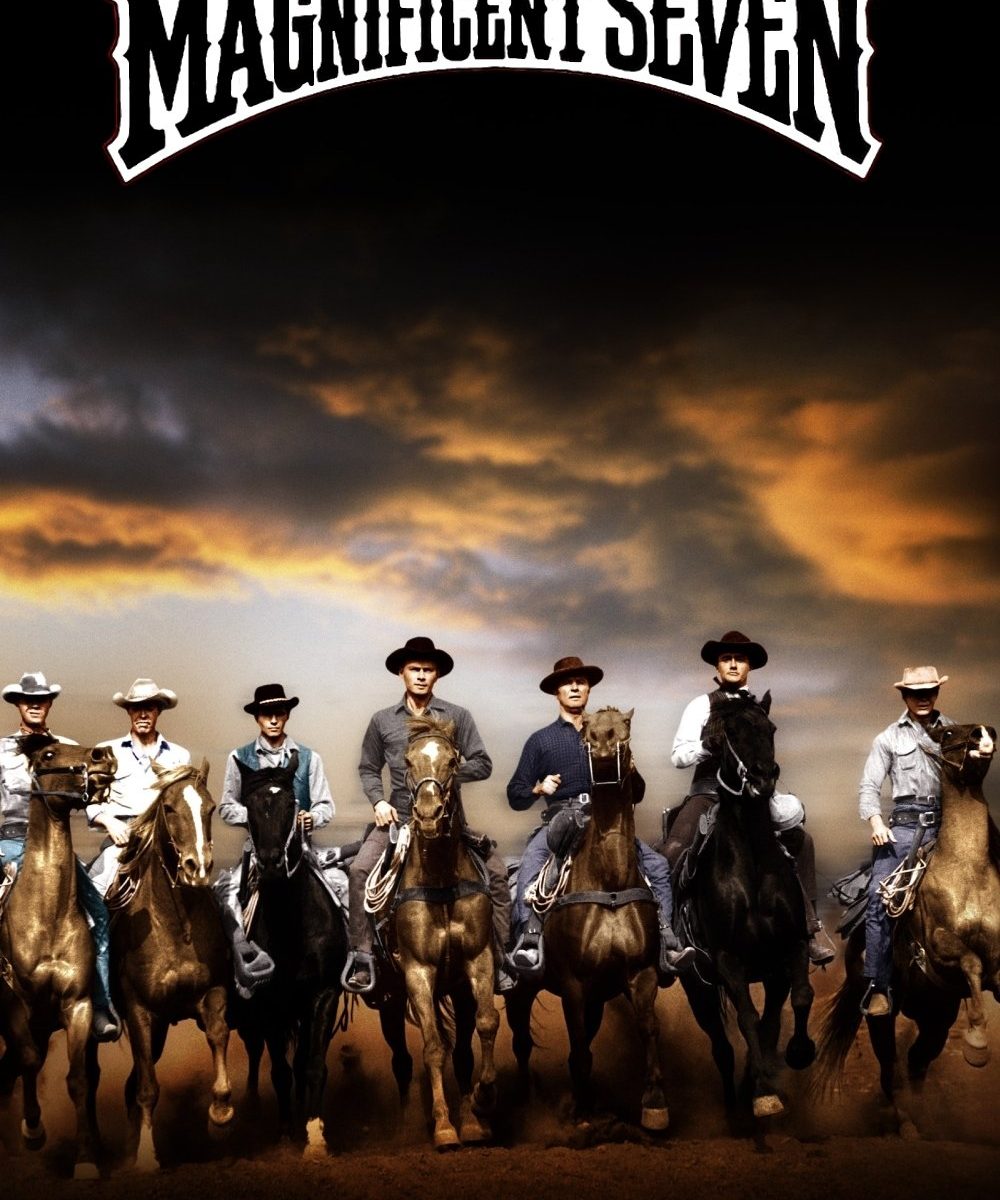 They were seven - And they fought like seven hundred!